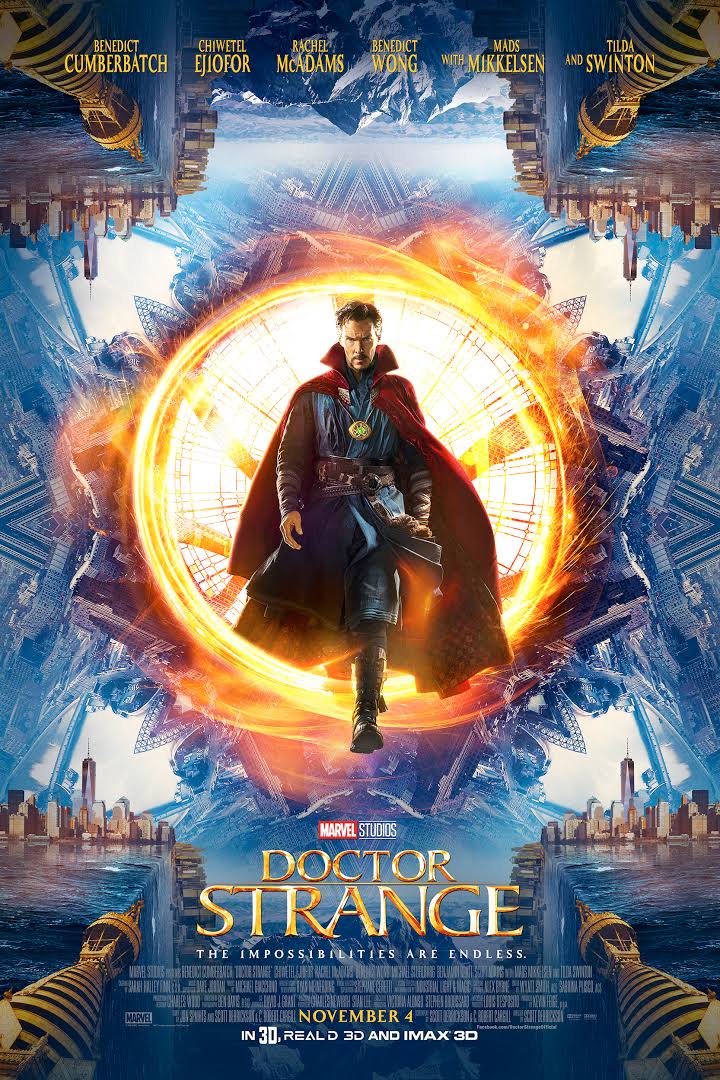 Doctor Strange is a 2016 American superhero film based on the Marvel Comics character of the same name, produced by Marvel Studios and distributed by Walt Disney Studios Motion Pictures. It is the fourteenth film in the Marvel Cinematic Universe (MCU). The film was directed by Scott Derrickson, who wrote it with Jon Spaihts and C. Robert Cargill, and stars Benedict Cumberbatch as Stephen Strange, along with Chiwetel Ejiofor, Rachel McAdams, Benedict Wong, Michael Stuhlbarg, Benjamin Bratt, Scott Adkins, Mads Mikkelsen, and Tilda Swinton. In Doctor Strange, surgeon Strange learns the mystic arts after a career-ending car accident.

Various incarnations of a Doctor Strange film had been in development since the mid-1980s, until Paramount Pictures acquired the film rights in April 2005, on behalf of Marvel Studios. Thomas Dean Donnelly and Joshua Oppenheimer were brought on board in June 2010 to write a screenplay. In June 2014, Derrickson and Spaihts were hired to direct and re-write the film, respectively. Cumberbatch was chosen for the eponymous role in December 2014, necessitating a schedule change to work around his other commitments. This gave Derrickson time to work on the script himself, for which he brought Cargill on to help. The film began principal photography in November 2015 in Nepal, before moving to the United Kingdom, Hong Kong, and concluding in New York City in April 2016.

Doctor Strange held its world premiere in Hong Kong on October 13, 2016, and was released in the United States on November 4, 2016, in 3D and IMAX 3D. The film grossed over $677 million worldwide, and was met with positive reviews from critics. It also received an Academy Award nomination for Best Visual Effects.

Robbie was employed as 2nd assistant editor throughout this production.