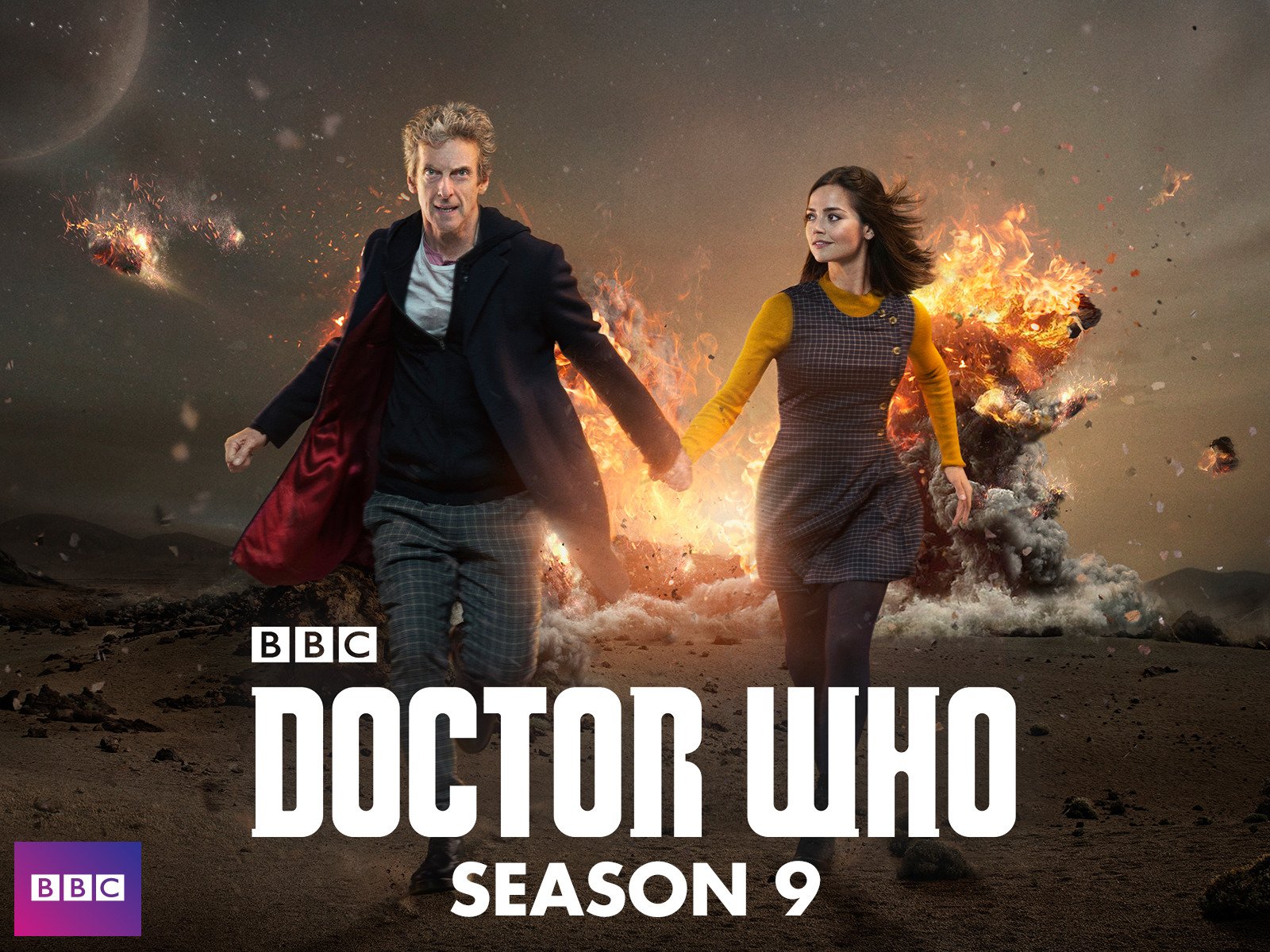 The ninth series of the British science fiction television programme Doctor Who premiered on 19 September 2015 with “The Magician’s Apprentice” and concluded on 5 December 2015 with “Hell Bent“. The series was led by head writer and executive producer Steven Moffat, alongside executive producer Brian Minchin. Nikki Wilson, Peter Bennett, and Derek Ritchie served as producers. The series is the ninth to air following the programme’s revival in 2005, and is the thirty-fifth season overall.

This is the second series starring Peter Capaldi as the Twelfth Doctor, an alien Time Lord who travels through time and space in his TARDIS, which is disguised as a British police box. It also stars Jenna Coleman as the Doctor’s companion, Clara Oswald, for her third and final series in the role. Also playing a major recurring role in the series is Maisie Williams as Ashildr, a Viking girl made immortal by the Doctor, which leads to major events resulting of her encounters with the Doctor. The series’ main story arc revolves around the mystery of a being called the Hybrid, the combination of two great warrior races. The Hybrid is alluded to with the appearance of many other hybrids such as Osgood and Ashildr. The Doctor’s investigation into this being ultimately leads him back to his home planet of Gallifrey, which returns fully in the series.

Steven Moffat wrote four episodes solo and co-wrote an additional two. The other writers who worked on this series included Toby Whithouse, Jamie Mathieson, Catherine Tregenna, Peter Harness, Mark Gatiss, and Sarah Dollard. Directors of the series included ones who had previously worked with Moffat on the show, and brand new ones. Filming began on 5 January 2015. The ninth series received high acclaim from critics, with many labelling it as the show’s strongest season to date.[1][2][3] Aspects of the series that were met with the most praise included the writing, directing, and structure of the series, as well as the performances of Peter Capaldi, Jenna Coleman and Maisie Williams.[4][5][6]

Robbie was employed as assistant editor throughout this production whilst cutting numerous teasers, trailers & assembling some episodes..