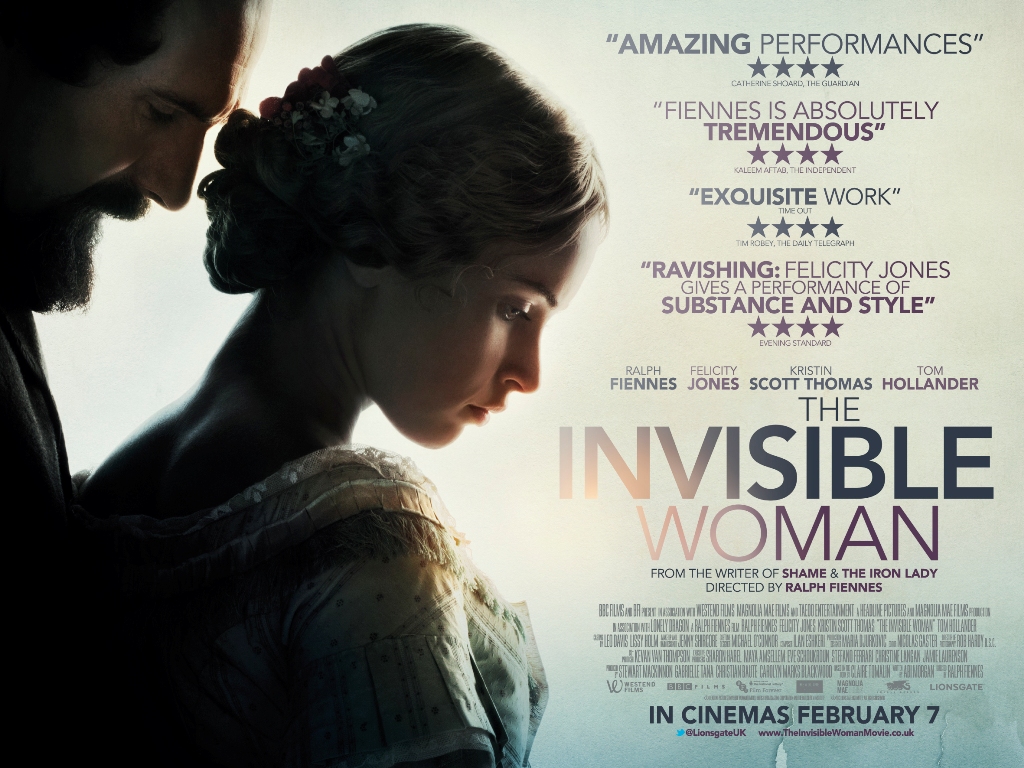 The Invisible Woman is a 2013 British biographical drama film directed by Ralph Fiennes and starring Fiennes, Felicity Jones, Kristin Scott Thomas and Tom Hollander. Written by Abi Morgan, and based on the book The Invisible Woman by Claire Tomalin, the film is about the secret love affair between Charles Dickens and Nelly Ternan, which lasted for thirteen years until his death in 1870. The film premiered at the Telluride Film Festival on 31 August 2013,[3] and was released in the United Kingdom on 7 February 2014. The film received a Best Costume Designnomination (Michael O’Connor) at the 86th Academy Awards.[4]